What is it and how does an NFC chip work?

What do the three letters NFC stand for?

NFC is derived from Near Field Communication and refers to the electronic exchange of data over short distances.

We are often asked: Is NFC the same as RFID? YES – because NFC is an internationally standardized transmission format for data exchange based on RFID technology. While RFID operates at different frequencies, NFC is limited to 13.56 Hz. This is exactly the frequency at which smartphones also work. 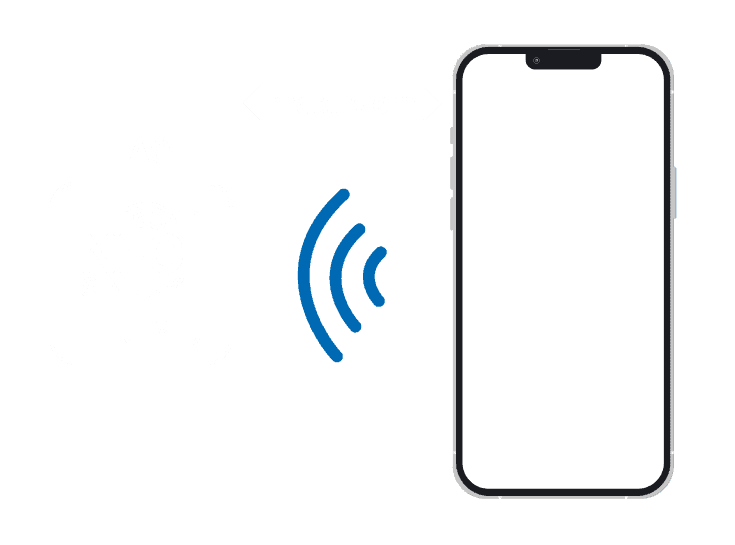 NFC as a transmission standard complements Bluetooth and WiFi on smartphones, tablets and notebooks. With NFC technology, it is possible to network devices, control processes or simply call up a link. The NFC chip only works at distances smaller than 4 cm – hence the name near field.

In times of digitalization, the exchange of information must be reliable, simple and fast. The NFC chip is an important building block in the digital transformation, creating the link between the digital and haptic worlds. 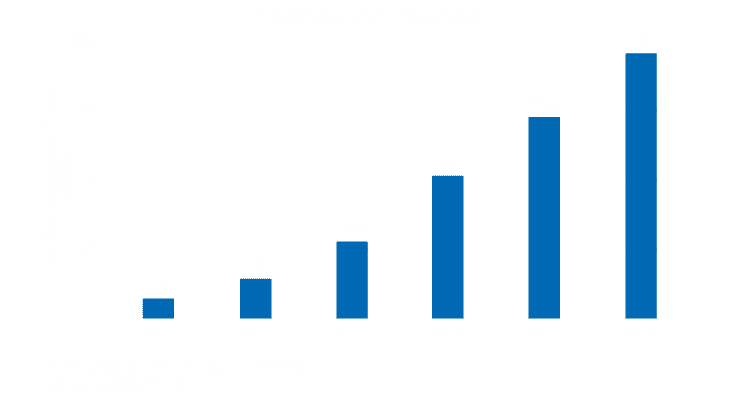 The history of NFC

The introduction of NFC-based payment systems and the replacement of the EC and credit card with NFC function has greatly increased awareness. In addition to payment systems, NFC technology is also used for fast authorization or access control, but also for uncomplicated data transmission. It is also possible to conveniently exchange data between two NFC-enabled cell phones or other end devices. Basically, however, NFC serves to make existing applications simpler, faster and more efficient.

NFC was developed as early as 2002, and the first cell phone with an NFC function was launched on the market in 2006, but it wasn’t until 2015 that the smart technology achieved its big breakthrough. In the statistics below you can see that initially the spread of NFC-enabled smartphones progressed very slowly. In the meantime, the statistic is history and almost every smartphone is equipped with NFC. 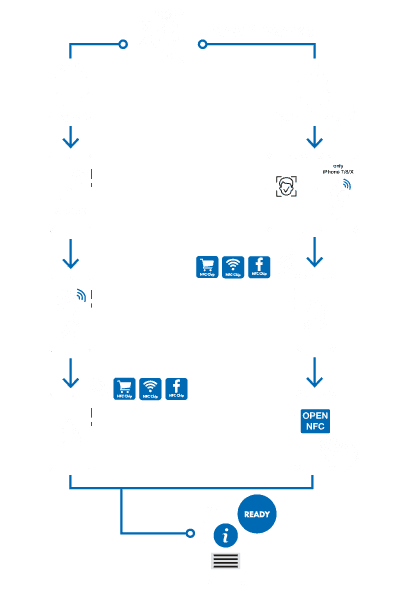 NFC Chip - How it works

The graphic provides a visual representation of how NFC chips work. 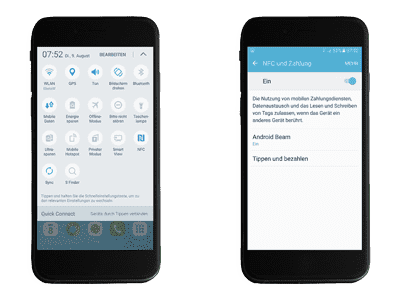 NFC with Android or Windows devices

NFC with the iPhone

Reading an NFC tag is already possible from the iPhone 7. With the update to iOS14, this process no longer requires an additional app; previously, you had to make do with Reader apps. Now you can simply unlock the display and place the top edge of the iPhone on the NFC chip. The content pops up on the display. As soon as you tap on it, the content opens on the iPhone.

Currently, reading works without an app for web links. If you want to establish WLAN connections, read vCards, texts or other functions, you still need an app: e.g. Reader from tuomi or NXP. With apps, it is also possible to write to unencoded chips on one’s own – for this, for example, an NXP app. 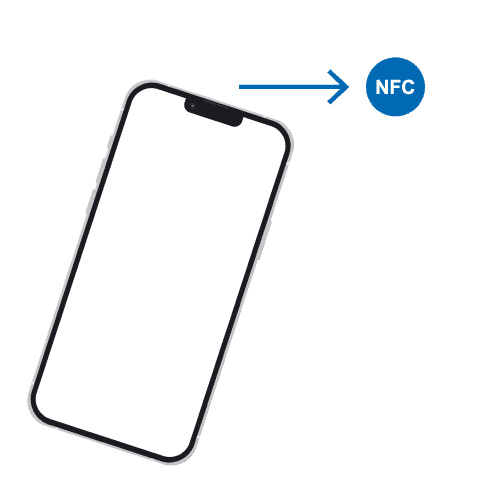 Starting with iPhone 7 and iOS14, scanning NFC inlays with web link encoding is possible without an app. 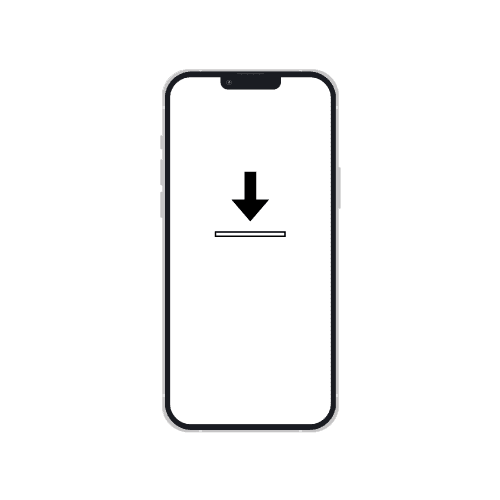 A scanning app is required for reading content such as WLAN, vCards, texts, etc.

Uncoded inlays can be written with special apps – or you can use onetouchlabel.

The main advantage is certainly the simplicity of use. Whether it’s switching services on and off with NFC technology, using it to activate Bluetooth in the car, or calling up the washing machine’s operating instructions, each of these IoT applications is about simplifying everyday life. Take a look at your EC card, where you will also see the wave symbol that stands for contactless payment – this is also NFC.

Due to the short transmission distance, NFC technology is also very secure, unlike WLAN or similar technologies.

Save time, money and resources

Many NFC applications do not require a separate app.

An NFC chip is passive and does not consume any energy.

NFC Tag - the NFC chip in combination with an antenna

An NFC chip with an antenna is called an NFC TAG. This is available in the form of a sticker in various sizes or incorporated into plastic. We produce 3D stickers with embedded NFC chips in-house. Each chip has a globally unique UID number and can therefore also be used for proof of identity. Storage space varies by type and is rewritable unless write-protected. The antenna associated with the chip allows the NFC tag to communicate with a receiver such as a smartphone.

Formats and size of an NFC tag

An NFC tag is usually in the form of a sticker circular or rectangular self-adhesive on one side. NFC tags are very thin and can therefore be easily processed further, e.g. in cards/paper/give-aways and much more. The larger the area of the NFC tag, the larger the antenna and the stronger the reception. For example, a standard size is a diameter of 22 mm. Especially for standard applications we recommend not to go below this size. Small NFC inlays make it difficult for the user to read the content.

NFC chips are passive, meaning they do not need a direct power supply because they are actuated by the magnetic field of the NFC sensor, such as a smartphone, from which they are scanned. This scenario also results in a long service life of an NFC tag.

NFC chips have varying amounts of memory depending on the application, but usually less than 1 kilobyte. For simple applications in marketing with standard functions, such as opening a URL, our NTAG210 or NTAG213 inlays are sufficient, for example. If you want to store contact data in the form of a vCard, we recommend the chip type NXP NTAG216. In many use cases, NFC tags work through cloud systems to make content controllable. Only the accesses to the cloud are encoded on the chips – which requires only a small storage capacity.

NDEF, in turn, is short for NFC Data Exchange Format. This standardized file format was specified in the NFC Forum. Put simply, the file format determines the form in which data is stored on the NFC chip and read out. In our encodings, we work strictly according to this standardized procedure. This ensures that the tags can be read by all NFC-enabled smartphones. 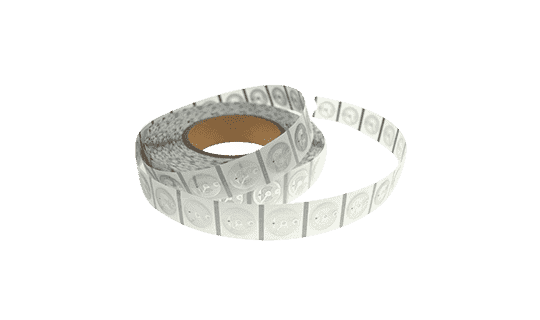 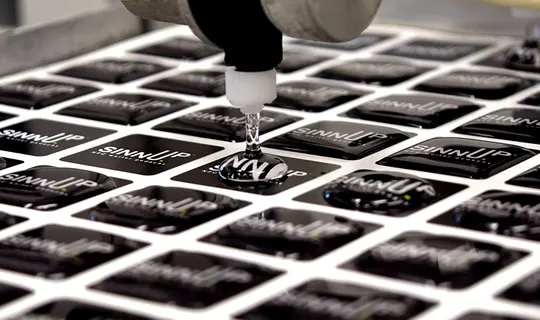 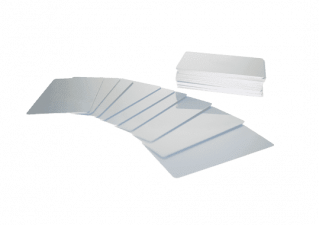 NFC: What does the future hold?

The trend is toward networking all objects. There are probably few more suitable techniques for creating access to the digital world than NFC technology. The smartphone is already being used for payment and other NFC-enabled products are on their way to conquer the market as well.

For example, if you want to get more out of your business card and add digital features to it, you should take a closer look at the SINNUP Businesscard. This innovative NFC card enables, among other things, the storage of contacts and the transport of a wide variety of documents and files – the ideal tool for the next trade fair.

Get to know this and other practical everyday helpers with NFC function here on our website. Or would you like a personal consultation around our first-class articles? Then get in touch with us directly – we will be happy to help you and look forward to many creative exciting approaches.

Ready to start your NFC or Internet project?

We will help you find the right one.

Fill out the form below and we will take care of everything else.

Ready to start your NFC or Internet project?

We will help you find the right one.

Fill out the form below and we will take care of everything else.